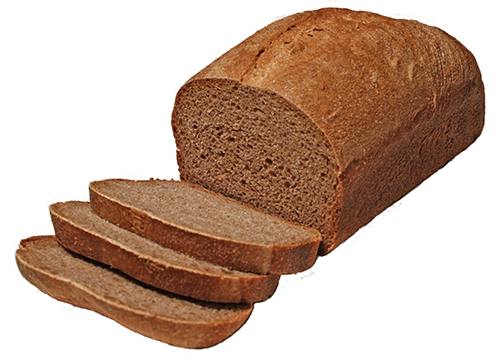 Oddly enough, my interest in bread making began with acorns. I remembered reading somewhere that legendary mountaineer John Muir considered traditional acorn cakes eaten by Native Americans to be one of the most energizing and nourishing foods for backcountry travel. This spurred my interest in learning about traditional Native American acorn preparation methods and recipes. It turns out you can actually make bread using acorns, however, to get something resembling bread, you need to mix the acorn with some other type of grain flour, and Native Americans did not normally do that. I did successfully prepare traditional acorn mush/porridge, however I wasn’t interested in having to use other types of flour to make a legitimate “bread” from acorns. Nevertheless, this foray into acorns ultimately inspired me to learn about traditional bread-making methods.

Before the advent of refined “bakers yeast” in the 1900’s, most bread consumed through the ages was leavened using sourdough fermentation. Unlike refined “bakers yeast”, which is a concentrated homogenous strain of yeast, traditional sourdough leavening contains a balanced population of multiple strains and species of yeasts and acid-producing bacteria, which live in a symbiotic relationship. Studies have found that the microbial composition of sourdough varies from region to region and also varies depending on the type or combination of flours used and the ambient temperature of the fermentum. These regional differences in microbial composition are thought to explain the differences in taste between sourdough breads produced in different regions. I’m glad I live near San Francisco 🙂

Most people know that sourdough bread tastes different from refined-yeast bread, however studies have shown that the differences go beyond taste. A body of scientific evidence has come to light in recent years, suggesting that bread made with traditional sourdough leavening yields a more nutritious and digestible food. I started tracking these studies over ten years ago, and, while I am always hesitant to say something is “scientifically proven”, the weight of evidence from these studies is particularly strong (i.e. multiple studies reaching the same conclusion) for the following 3 benefit categories:

1) Improved bioavailability and absorption of Iron, Magnesium and Zinc

One of the most compelling possible benefits of sourdough-fermented bread is improving the bioavailability of essential nutrients. One of the conundrums of nutritional science is the pervasive occurrence of so-called anti-nutrients that occur in many natural food stuffs. Anti-nutrients are compounds that are part of the natural structure of grains, forming molecular complexes with certain nutrients and playing an essential structural and funcitonal role in the life of the grain plant. Unfortunately, the molecular binding that occurs between these compounds and the minerals that they bind is often too strong for the human digestive system to break down. The result is that only a relatively small percentage of anti-nutrient-bound minerals, such as Iron, Calcium, Magnesium and Zinc, are typically absorbed from foods that are high in anti-nutrients such as grains and legumes. The good news is that numerous peer-reviewed studies have shown that sourdough fermentation breaks down certain anti-nutrients, such as phytic acid, significantly improving the bioavailablity and absorption rates of the essential minerals Iron, Magesium and Zinc (1-4).

Another unique benefit of sourdough fermentation is a reduction of allergenic gluten levels in wheat and other gluten-containing cereal grains. This sounds almost too good to be true, however the body of scientific evidence is compelling and growing. So far, I have identified at least four peer-reviewed studies demonstrating this unique benefit (4-8). One study showed a 28% reduction in gluten, while another study demonstrated a possible 100% reduction in gluten (8,9). The latter study also demonstrated that young celiac patients were able to tolerate the specially-prepared sourdough-fermented wheat bread. Evidence is strong that sourdough fermentations do in fact work to destroy gluten/gluten-proteins in sourdough breads, however, the degree of gluten reduction appears to vary depending on numerous factors, the most significant of which appears to be the length of fermentation time and degree of overall fermentation. For people with frank wheat allergy or celiac disease, I am cautious to recommend any kind of gluten-containing food. However, for those who have non-celiac gluten or wheat sensitivity, I am inclined to recommend experimenting with real traditional sourdough-fermented breads to see how it may affect your symptoms. I personally prefer maintaining my own sourdough starter and making bread from Spelt, which is an heirloom type of wheat.

In regards to possible benefits for blood-sugar control, there is compelling evidence that the acidity and enzymes created by sourdough fermentation act to retard and slow down starch digestion, resulting in a lower glycemic index. At least three studies have shown a reduced glucose and insulin response in human subjects consuming a sourdough bread versus a conventional yeast bread (10-12).

Lastly, another huge advantage, which I didn’t include in my list above because its technically not a “health benefit”, is that that sourdough breads, by virtue of their slightly acidic nature, have a longer shelf life than conventional yeast breads.

So when it comes to bread, as I have found with so many other aspects of human diet and nutrition, it would appear the old-world traditional way of doing things is better. Stay tuned to my blog and video tutorials for tips on maintaining a sourdough starter and sourdough bread making!